The approach to Breganze takes you through verdant parks, which surround the villas that nestle in the beautiful hills, through which the elegant outline of the bell tower rises. Half-hidden, but just as impressive, are the small medieval buildings and dovecot towers. But it isn’t only the beautiful architecture and landscapes that make Berganze unique; over the last century, Berganze has also become known for its agricultural and manufacturing sectors. 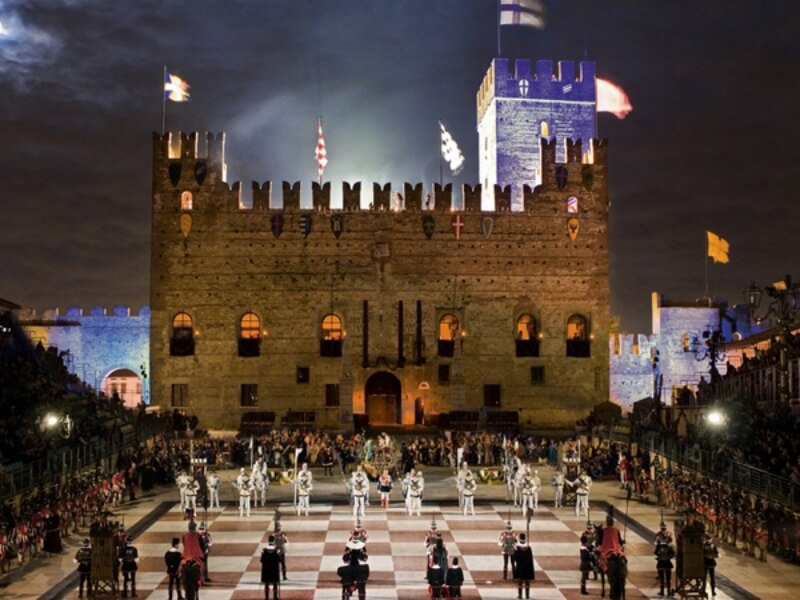 Marostica, the “City of Chess”

Marostica, the “City of Chess”, is famous the world over for its living chess game that takes place every two years in the town square. It is a tradition that started in 1923, inspired by an event in 1454, and attracts tourists and fans from all over Italy and abroad. Marostica is not only famous for its chess game however, a visit to its castles is not to be missed: the Castello Inferiore and the Castello Superiore, were both built after 1312, following the conquest of the city by the Scaligeri family. 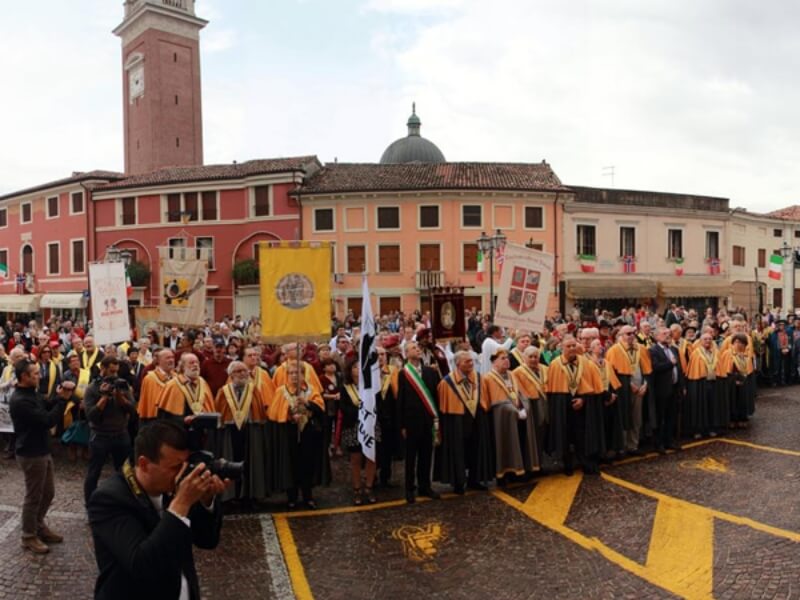 Sandrigo is considered to be the “home of the baccalà”, not only thanks to its close relationship with the Lofoten Islands (Norway) and in particular with the island of Røst, but also for the biennial Italian-Norwegian day and the annual Baccalà alla Vicentina festival. These famous events attract people from all over the Veneto and the neighbouring regions. The festival takes place on the last Saturday and Sunday in September, with performances in the local squares and the appointment of the new “Knights” of the Confraternity of the Baccalà. 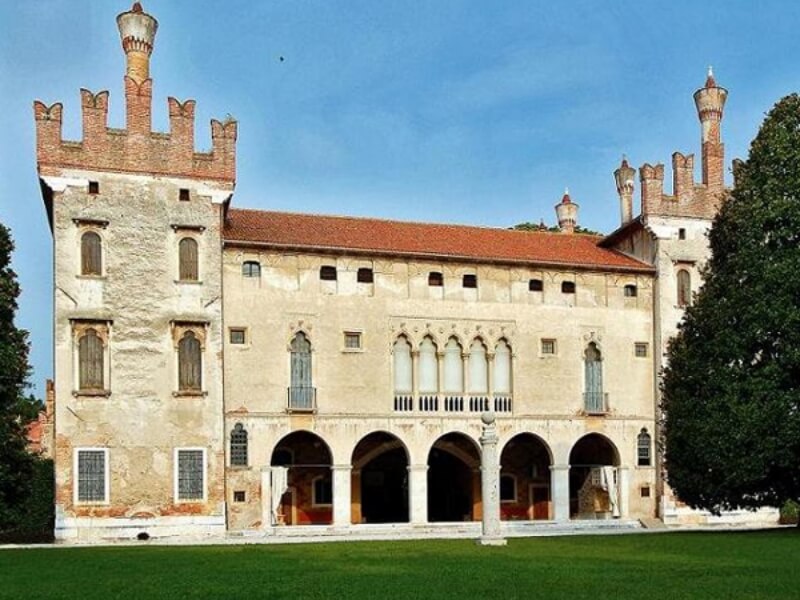 Thiene Castle is considered the most remarkable Gothic building of the fifteenth century in the Vicenza area, used as a civil dwelling. It is an extraordinary example of a pre-Palladian villa, the only one of its kind, both for its architectural features and for its purpose: it is a cornerstone of the evolution of Venetian villas. 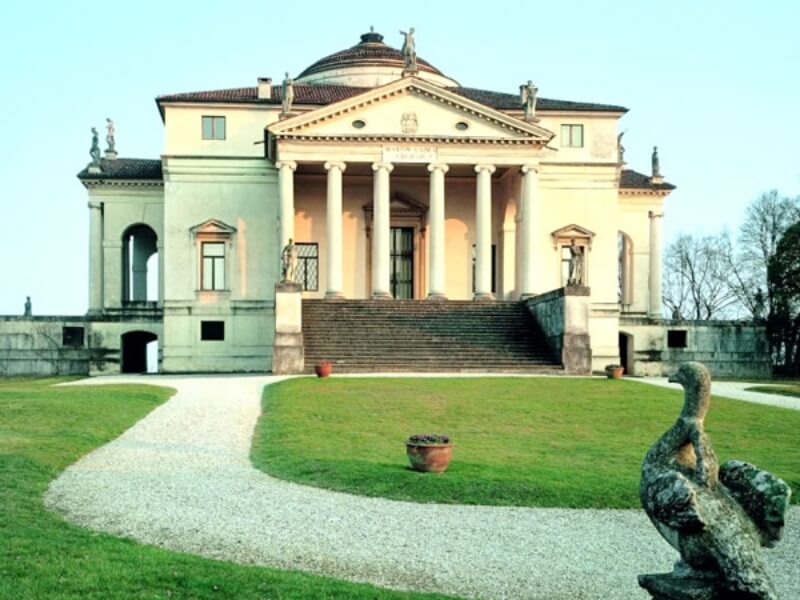 Villa Almerico Capra or “La Rotonda” was commissioned by Msgr. Paolo Almerico and designed and built by Andrea Palladio in around 1570. The house passed to the Capra family in 1591. In 1911 it became the property of the Valmarana family who, since 1986, has opened it to the public. 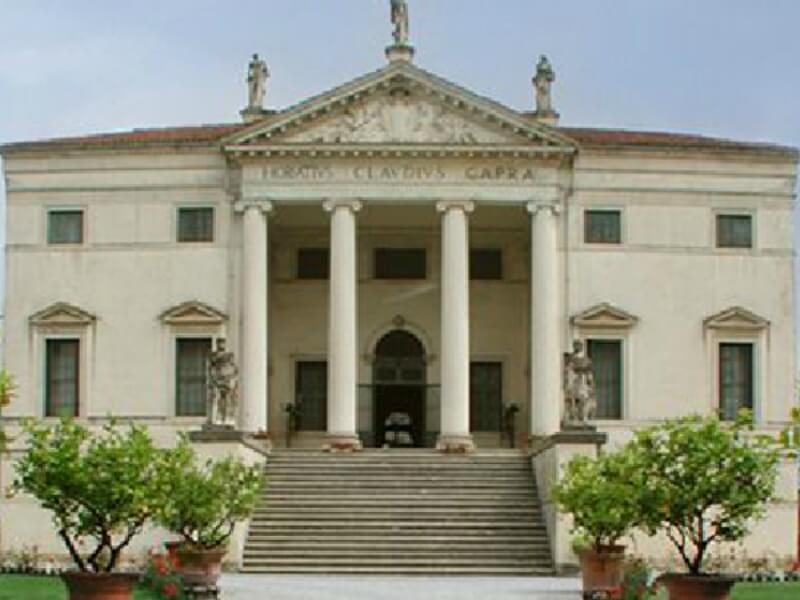 Designed and built by renowned architect Horace Claudio Capra in 1764, Villa Capra Bassani is a beautiful neoclassical villa characterised by a wide and impressive staircase that serves as a prelude to its magnificent and elegant interiors. Located in Sarcedo, in the quiet countryside around Vicenza, Villa Capra Bassani opens its doors to exclusive events, wedding receptions, gala dinners, meetings and photo shoots. 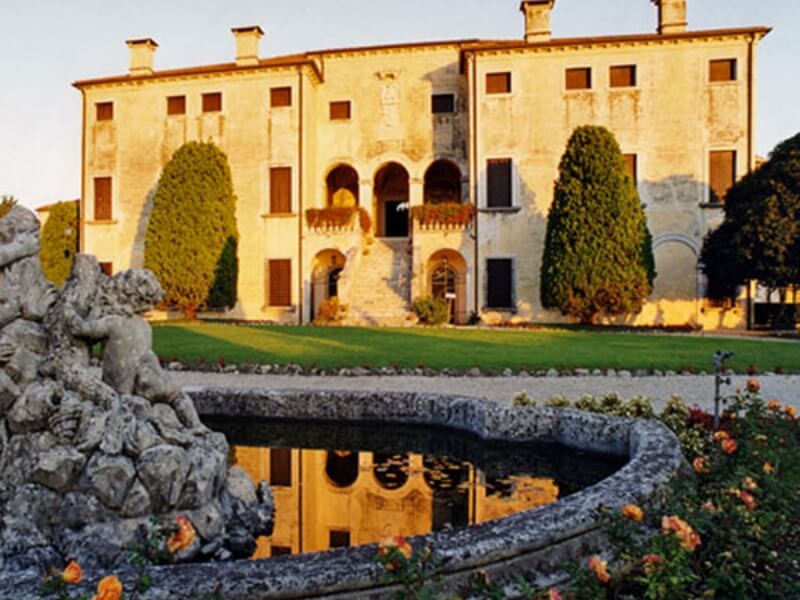 Andrea Palladio built this Venetian villa in 1542; Giambattista Zelotti, Battista del Moro and Gualtiero Padovano decorated it with frescoes. After having bought it in a state of disrepair in 1962, Prof. Remo Malinverni dedicated the last years of his life to restoring it to its former glory. Since 1996, it has been included on the list of UNESCO World Heritage Sites, together with other Palladian villas of the Veneto. 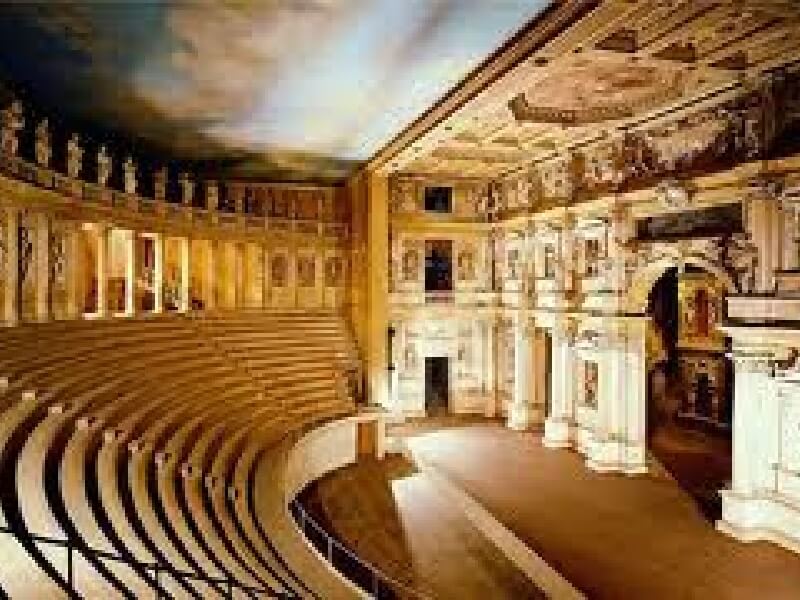 In 1580, the Accademia Olimpica commissioned Palladio to design a permanent theatre and his work, the Teatro Olimpico is one of the artistic wonders of Vicenza. It was clearly inspired by the Roman theatres described by Vitruvius: an auditorium with an elliptical staircase, surrounded by a colonnade decorated with carved friezes, in front of a rectangular stage with a majestic front on two architectural orders, opened by three arches and punctuated by half columns, carved with niches and alcoves which frame statues and bas-relief panels. 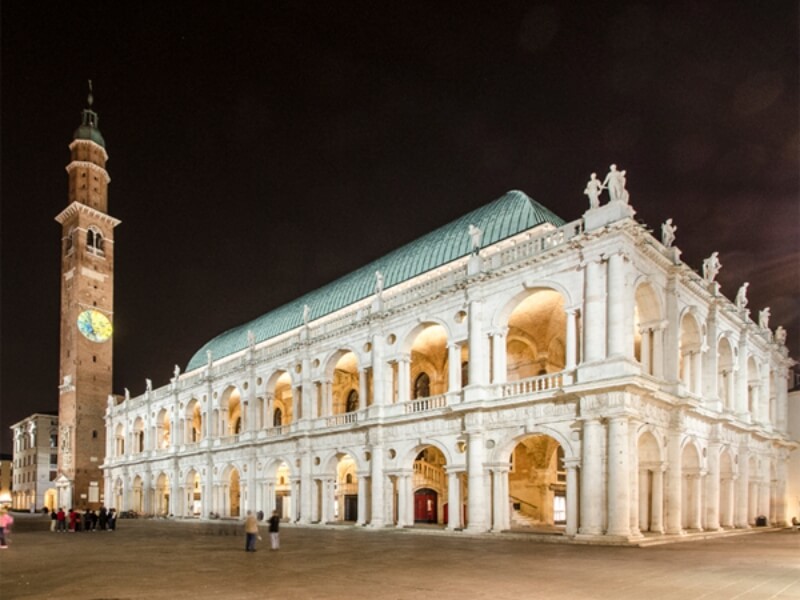 The Basilica Palladiana is one of the most famous buildings in Vicenza; it is an example of Andrea Palladio at his creative best, and it is on the list of UNESCO World Heritage Sites. The Basilica dominates the south side of the Piazza dei Signori, the heart and soul of the city.